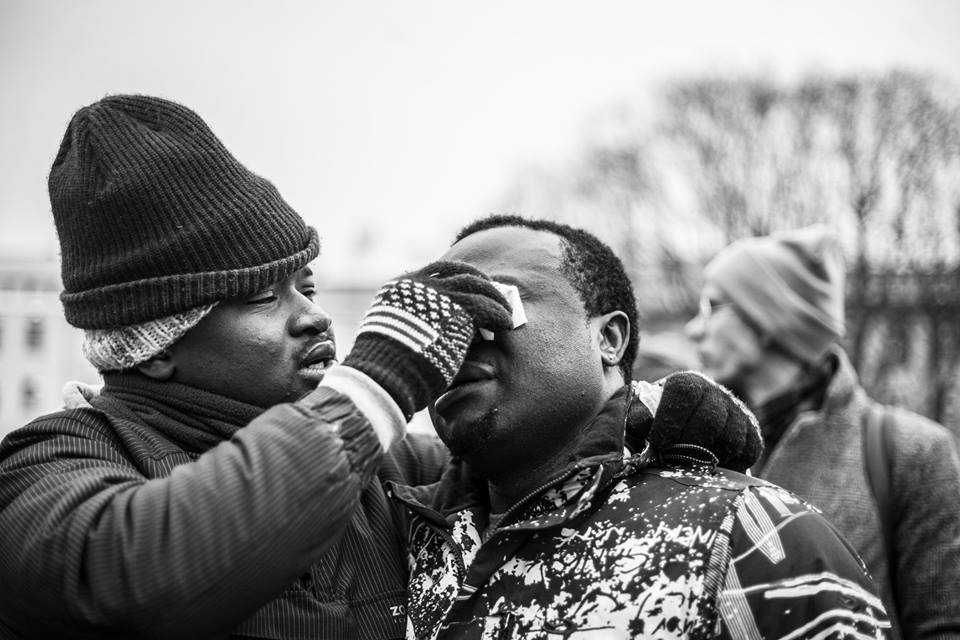 Milad Wskt, refugee in Iceland, raised his voice for all his companions in the Nordic island who are living in disastrous conditions at Ásbrúde camp, suffering from cold and without medical assistance. Milad spoke publicly in Austurvöllur -a symbolic square close to the Icelandic parliament and meeting point of demonstrators- to demand respect for the fundamental rights of the refugees, equality with the rest of the citizens and right to work.

Protests have already lasted for two weeks in Ásbrúde where the dozens of refugees are camped. Their voices have not reached the leaders of the country who have ignored them and even used force to set them aside.

“Sleeping in the cold in Austurvöllur is much betterthan in Ásbrú”, the refugees shout in their demonstrations.

Milad, from Iran, was trapped in Athens since 2016 and helped Deshuesadero.com to know the situation that refugees are facing at many camps in the Hellenic Republic. Now, Milad keeps fighting in Iceland to push Europe to protect the refugees and stop segregation. In his speech, Milad recalled the refugees’ demands in five points:

2.- Each refugee deserves an individual review of his/her case. (The Dublin Regulation is inhuman and highly defective).

3.- Right to work. We want to obtain permission to work while we wait for the resolution of the migration office. We want to work!

5.- Closing down of the isolated refugee camp in Ásbrú, Keflavík. It is psychologically devastating to be isolated in Ásbrú. Two people in Ásbrú tried to commit suicide in less than a week.

The State’s answer can be summed up in institutional and physical violence up to now. Europe is going through a value crisis regarding migration and Iceland stays out of the map for the mass media. Outrages are also committed in Iceland.

On March 11th, the refugees were attacked by the police during a violent attempt which aimed to silence them.

*Videos and photos published in Deshuesadero.com have been authorized by Milad Wskt and Refugees in Iceland.